The start of September has taken its toll on us.

The traffic is back, the sun has gone and the cold is creeping in.

And the silver lining in all that? Well, possibly scraping the barrel here, but it does give us an excuse to get out the turtlenecks. Which means that while Brexit keeps brexiting on, and the leader of the free world is busy pretending he hasn’t been trying to change the weather forecast with a felt tip (spoiler: he has), we can at least have something to cover our eyes with.

Welcome to the week that was!

Amid a paramount week in parliament, and the relentless onslaught of Brexit updates, it’s a relief to know that we can always rely on the internet to put a lighthearted spin on the UK’s political turmoil.

During Tuesday’s consequential debate over a no deal Brexit, Jacob Rees-Mogg’s relaxed approach was captured and shared by unimpressed MP Anna Turley.

You can see where this one is going…

They may have stunk out the confectionary aisle with their ‘unity’ bar stunt, but maybe Cadbury’s social conscience marketing thing is not such a bad idea…

The brand has teamed up with Age UK to bring attention to the fact that 225,000 people often go a whole week without speaking to anyone, removing all the words from the packaging of a limited edition Dairy Milk bar and pledging to donate 30p of the proceeds from every bar sold to Age UK. As if we needed an excuse to go buy chocolate.

After a summer of butter beers, hundreds of Harry Potter fans descended on Kings Cross Station to mark ‘Back to Hogwarts Day’. 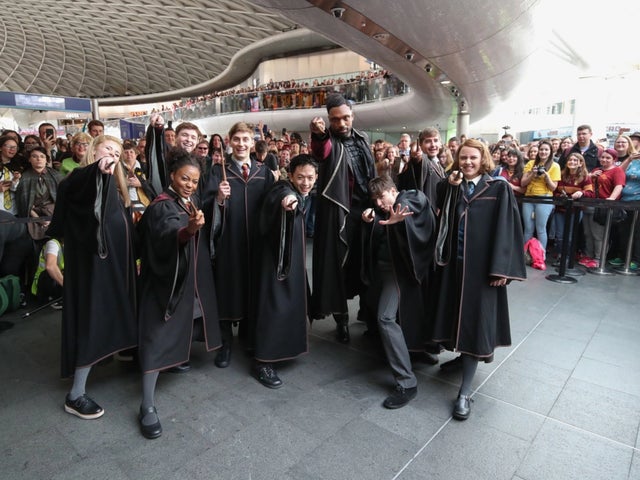 source: Chris Radburn/PA Wire via The i

Annually celebrated on September 1st, the date on which the magical wizarding world traditionally opens its doors to students, hoards of fans gathered at the infamous Platform 9 ¾, ready to make a dash through the brick wall* where the hidden Hogwarts Express awaits.

The fictional celebration was also made all the more magical by the departure boards in the station being amended for the train.. which was marked “Edinburgh via Hogsmeade”. 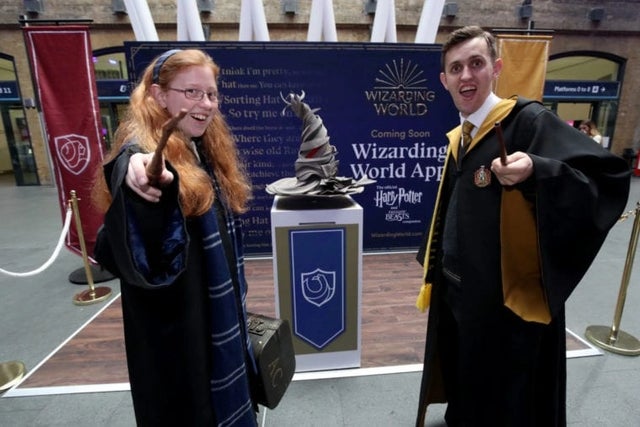 source: Chris Radburn/PA Wire on The i

And so, even 19 years after we were first introduced to this wizarding world, die hard potterheads are continuing to answer that all important question: After all this time? Always…

*Episkey. Cynicism and obscure fandom in a single asterisk.

Heinz Ketchup are back at it again with another campaign.

This time, the household favourite has released a new label, designed for consumers who are sick and tired of banging the end of the bottle to get out the good stuff. The brand has cleverly tilted the label to 45 degrees, which is supposedly the perfect angle for the ‘optimum pour.’

And we can all take a sigh of relief.

And finally, the obligatory rain at the start of Fourth Ashes test at Old Trafford on Wednesday.

But spectators didn’t let this dampen their spirits, organising a spontaneous game of concourse cricket outside the stands.

The equipment? A picnic basket for a wicket and an umbrella for a bat.

Could do with some of them at the top of the order. Sigh.

TWTW: #103 Balancing goats, medical marvels and a very mysterious hole
A fresh look at Facebook ads
Ever wanted to be InstaFamous?
Now’s your chance… sort of.