New Year, Same You: This Girl Can, So Why Doesn’t She?

New Year, Same You: This Girl Can, So Why Doesn’t She?

We catch a reflection of ourselves in our phone screens, with our double chin and wrinkled foreheads. Meanwhile, they catch a selfie of themselves in the gym, poised to perfection. Hair? Perfect. Makeup? Flawless. Body? Probably photoshopped, if we’re being honest. No stretch marks or scars, just toned and tanned.

So we shouldn’t be surprised when This Girl Can’s recent study revealed that 63% of women following these so-called ‘influencers’ on social media say that it has a negative impact on them. And nearly a quarter (24%) admit to following a fitness influencer who actively makes them feel bad about themselves.

And who can blame us, really?

The fitness industry is booming like never before. Gyms are sprouting up like weeds. People are hitting the treadmills. Hard. And now, more than ever, we’re seeing women smashing it in the weights section. It should be celebrated and applauded. And to an extent, it is. But in too many cases, the claps have been replaced by Instagram likes, and it’s getting hard to hear sounds of encouragement.

Because sex sells. From micro influencers through to global ad campaigns. We get it. We’re used to it. And in fact, we’re actually pretty immune to it. Yet the fitness industry, with all its marketing muscle, continues to ram the idea of the ‘perfect female body’ down our throats. Every single day. Despite it being so vastly unachievable without the budget, the surgeons, or the genes of a Kardashian.

The reality is, female fitness isn’t clean. Or sparkly. Or sexy. It’s exhausting. It’s pulling the ugly faces when you’re pushing yourself to your limit. It’s sweat patches in places you didn’t know could sweat. It’s powering through the period pain. It’s braving the testosterone-fuelled weights section where, honestly, half the men are too busy looking at themselves to notice anybody else. And with the pressure of the ‘picture-perfect’ body plastered across our Instagram feeds telling us what we’re supposed to look like when we work out, it’s another added layer of body shaming and embarrassment where we should be expecting pure positivity.

And sometimes, it feels like you just can’t win. Reebok’s ironically named #BeMoreHuman appointed supermodels as fitness ambassadors. An independent gym, UFIT Fitness, launched a sexist billboard in line with the Cardiff Half Marathon. And Protein World famously asked females if they were beach body ready* 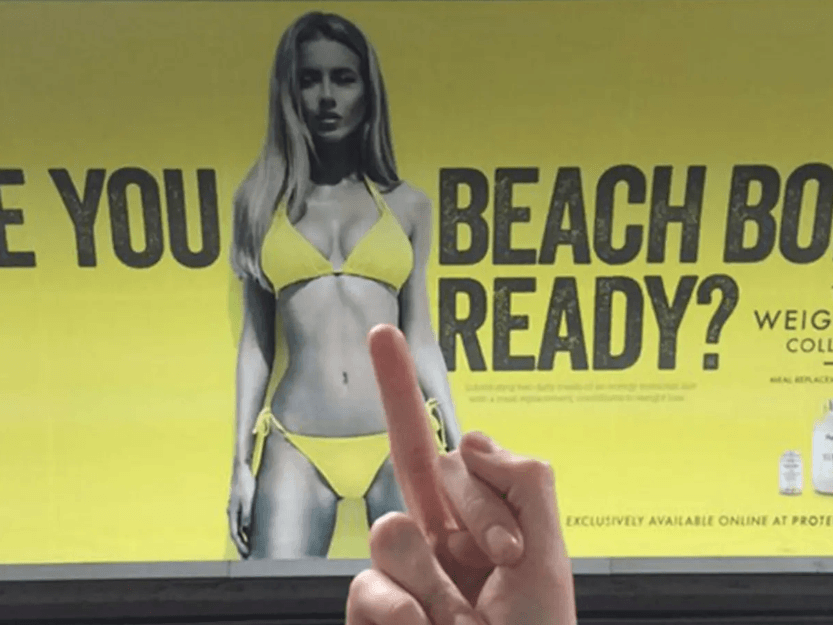 But, amidst all the bullshit, there’s a glimmer of hope. The industry is calling itself out.

This Girl Can, the non-profit organisation launched by Sport England, is taking on the many (many) fitness ‘influencers’ with the launch of its new campaign: a video showcasing the realities of women getting stuck into the nitty-gritty of fitness.

Instead of the perfect hair and pristine makeup, we see muffin tops and muscles. Cellulite and smiles. Push ups and period pain. The balance between medicine balls and motherhood. All in all, a snapshot of reality in an otherwise heavily-filtered industry.

And it’s not just This Girl Can who are dishing out the wake-up calls.

Six months ago, Nike launched plus-sized and para-sport mannequins in its stores. Finally. A campaign by a world-leading fitness brand that’s relatable, diverse and inclusive. It received huge support across social media (notably, from women) and, as expected, it received a fair bit of backlash (notably, from men).

This isn’t just about mannequins, or even female health. This is about how all women are perceived. Not only in the fitness industry, but in our wider society. 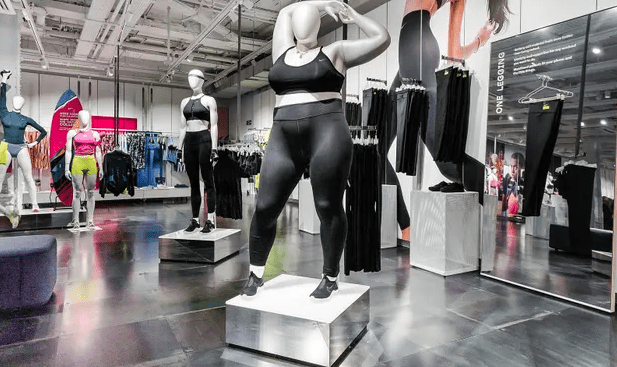 Don’t get me wrong here, I’m not encouraging you to ditch the gym and dive for the doughnuts. Quite the opposite, in fact. I love working out. Whether I’m going for a run in the morning, heading to a spin class on my lunch break, or lifting weights in the evening. But do I look good doing it, or have the ‘perfect female body’? Absolutely not.

Working out isn’t just for weight loss. For many women, it’s about weight gain. Your goals, and your body type, are more than likely to be completely different from the woman on the treadmill opposite you. And we need the fitness industry, and in turn, social media, to reflect what’s actually going on inside the gyms that they so desperately pull us in to.

And This Girl Can are fighting the good fight.

And we’ll be right behind them.

*to which the world so wonderfully replied.

Balancing goats, medical marvels and a very mysterious hole
A fresh look at Facebook ads
Ever wanted to be InstaFamous?
Now’s your chance… sort of.