Street Photography – a year in retrospect.

So yes, I missed a few days here-and-there. But spoiler alert; I decided that rather than the aim being a photo-a-day, I would post 365 photos in that year. I basically went wrong with the numbers at some point and posted over 380. So, yeah.

However, during my journey of taking photos so frequently, I found my style maturing, and ultimately found myself experimenting.

On May 7th 2019, I made a decision to commit my insta-life away to producing only street photography content. Until then, my photography page had been a mix of different things; landscapes, animals, architecture – you know, usual stuff. But I wanted to push myself more – do something different, doing something more scary, and I guess more “punk rock”?

I just found that taking pictures of buildings and skies was kinda easy. I didn’t really feel like it told a story. My background is in journalism, and people, in my opinion, are the most interesting subject of all. So why not commit to producing hundreds of photos capturing different moments – places, people, emotions, vibes, all that good stuff.

People really aren’t that bothered about
you taking photos of them.

I’ve taken some pretty close shots of folks. Like these. 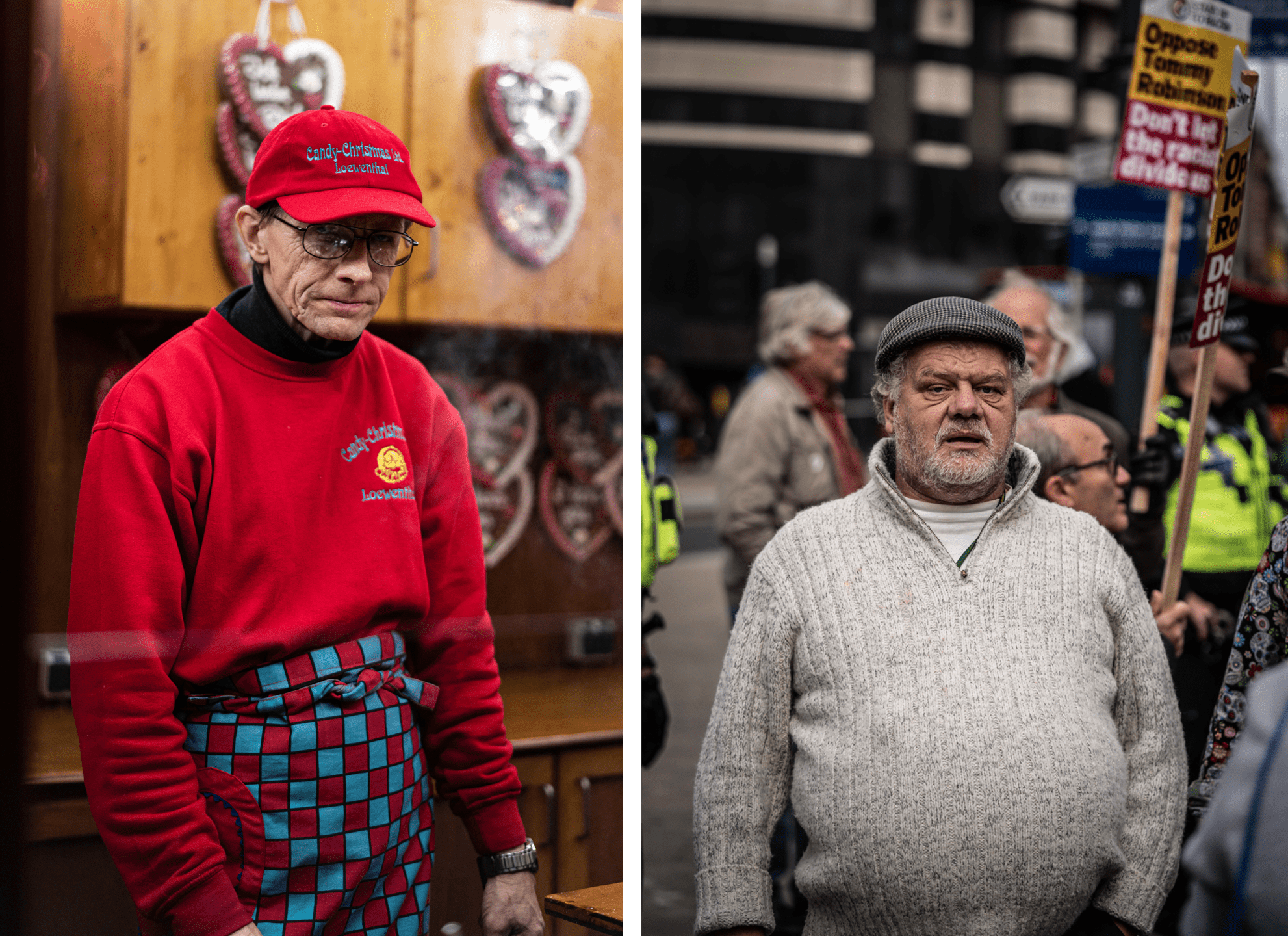 And people aren’t that bothered. I never got chased. Or attacked. I had a couple of “hey you shouldn’t take a photo of me without permission” or “can you not take a photo of me”. But be respectful and mindful of people and they will understand. I never shoot and run off; I interact. If they really don’t want to be photographed, I won’t photograph them. But I very rarely take photos with warning as I want to capture that moment in its rawest, most real form.

It made me more confident.

It’s still scary getting close to someone with a lens and pulling the trigger. I still get nervous. But the fact is I’m doing this because I found something interesting, and ultimately I found that person, in that situation, with those surroundings to be interesting. And that’s what matters. It’s not so much about me as it is about them, and it made me have a whole other appreciation for the world around me. I’ve become less worried about going into new situations, with new people, and exploring new environments. In a way, it made me care about people more than I ever did before. It’s also a great combatant to anxiety.

I learnt to shoot fast, then shoot slow.

Maybe a bit of a paradoxical statement, but with street stuff, I learnt that the more I shot, the more I experimented, the more I reviewed my work, I started to take longer taking photographs when I hit the street. I basically became way more attentive.

At first, when you start getting into this form of photography, I think there’s an urge to just be like “I’ma shoot everything! Look at that man with his hat! Cool hat! *snap*”, when really there’s way more to a photograph than a person. I actually started to appropriate a wider angle lens for shooting as the months rolled-on into September (moving from an 85mm to a 55mm), and working less on isolating a person, and more on creating negative space, or searching for shadows, or finding a certain colour palette which combined nicely. For example, the shot below makes use of negative space and light to capture the subject, rather than having the subject fill the frame.

Obviously, neither is a better form of shooting, but one is more reactionary, the other more thoughtful. Being good at shooting fast, knowing your camera inside-out, seeing something cool and having the confidence to just go for it is an amazing skill to adopt; but also leaves you uninspired if nothing interesting is going on. Being able to see the interesting in spaces devoid of “interesting” people is another, and something that I’ve learnt to admire and appreciate when I look at some of my favourite photographers (Joel Meyerowitz being a prime example). 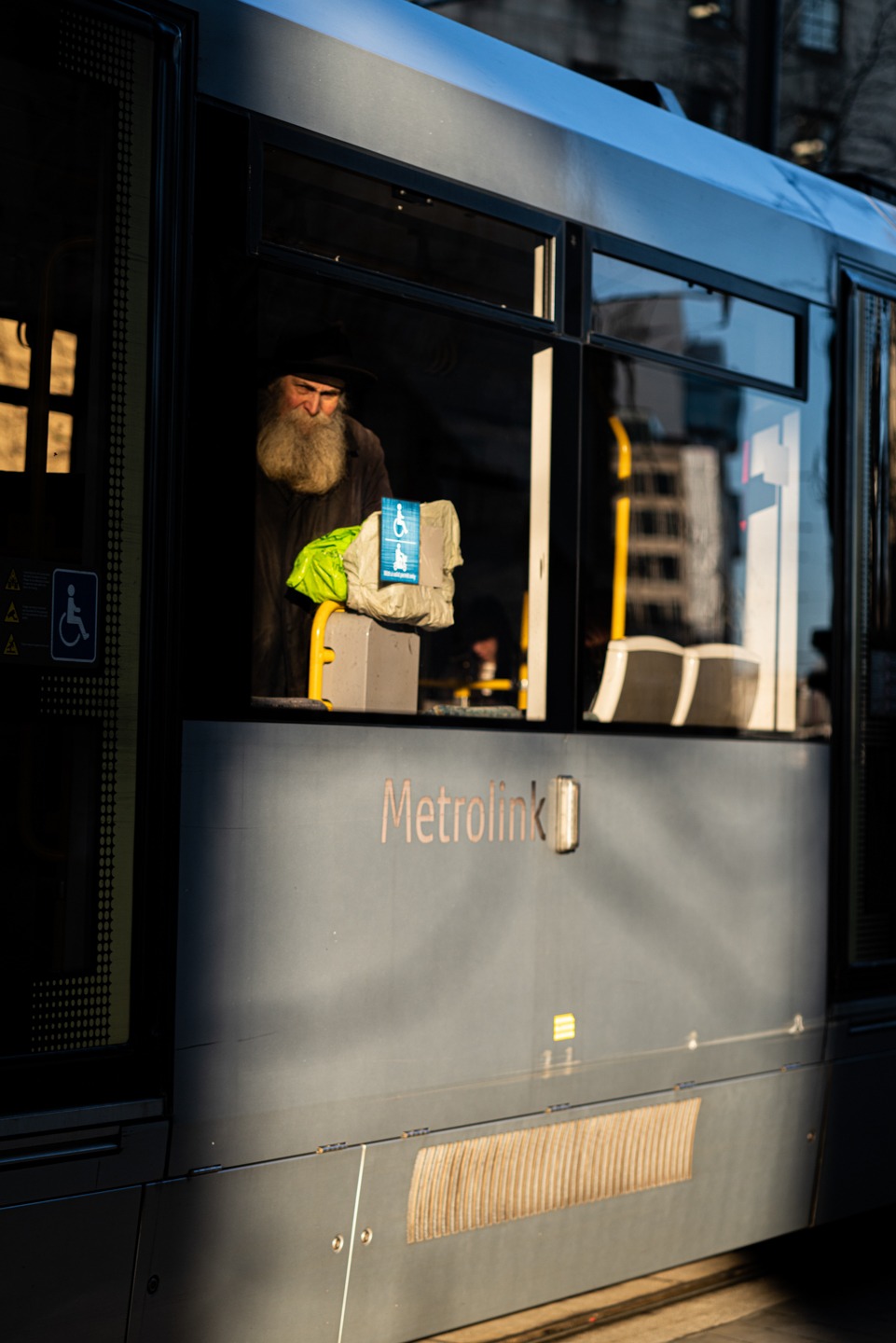 I love a good challenge. And not only was this challenging, but also completely inspiring. In the most pretentious way, taking street photography has made me appreciate the world in a whole new light. A year ago, I never would’ve thought I’d say “that looks cool” because there’s a stream of light cutting through a TK Maxx storefront window, illuminating a dishevelled figure in the back. It really made me see the world with a different eye, and I’d do it all again (once, y’know, lockdown chills out).