Phewf. What a week. I’m sure we can all agree that the last few days have felt like we’ve entered some kind of parallel universe. Or that we’re all having the same, very graphic, nightmare that we’ll hopefully wake up from any second.

Until we do, we’ve compiled some positive news. Nice stuff has actually happened since the covid-19 outbreak. So here it is. Some light relief. Silver linings, if you will.

Whilst the whole city has come to a complete standstill over the last couple of weeks, Venice’s famous canals have actually begun to run clear again.

In fact, the waters are the clearest they’ve been in 60 years. All thanks to the lack of litter from tourists and reduced water traffic, which causes the usual sediment to rise to the water’s surface causing the famous murk. 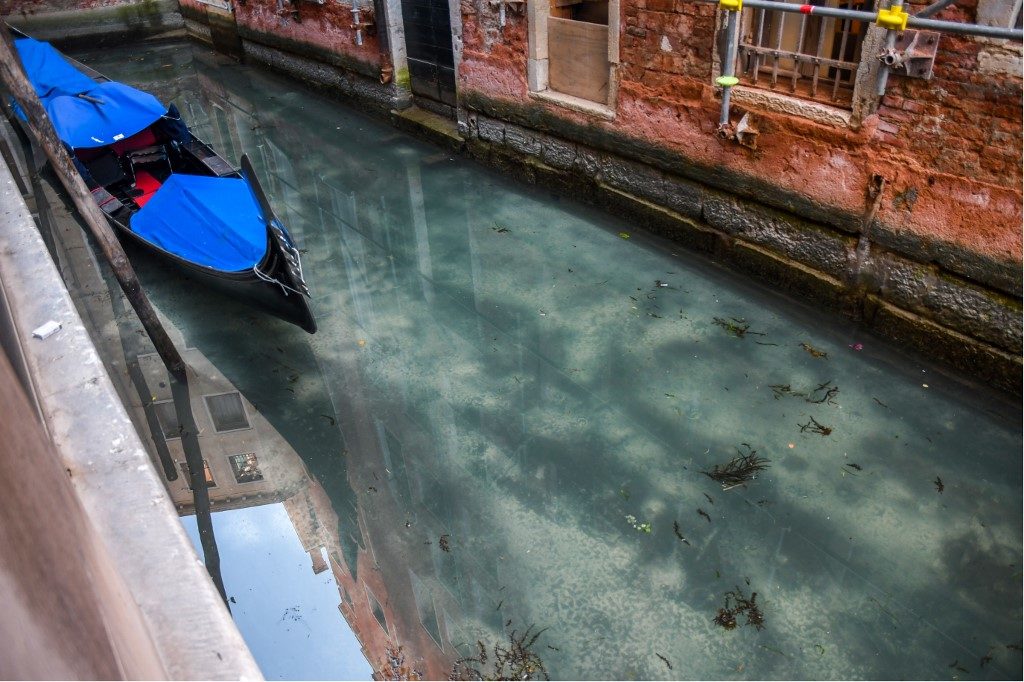 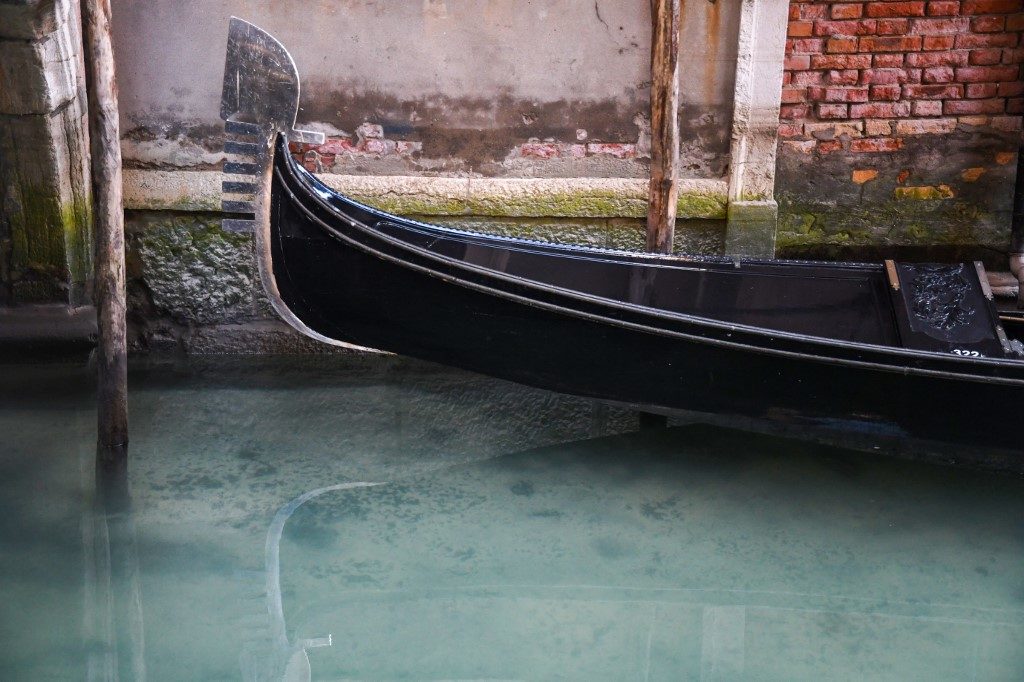 Their map compares nitrogen dioxide values from before and during the quarantine – and there’s a direct link between the noxious gas and the slowing down of motor vehicles, trains, planes, power plants and other industrial facilities.

The decline was first evident in Wuhan, where the outbreak originally began, but it’s now visible across the whole of the country. What a breath of fresh air! 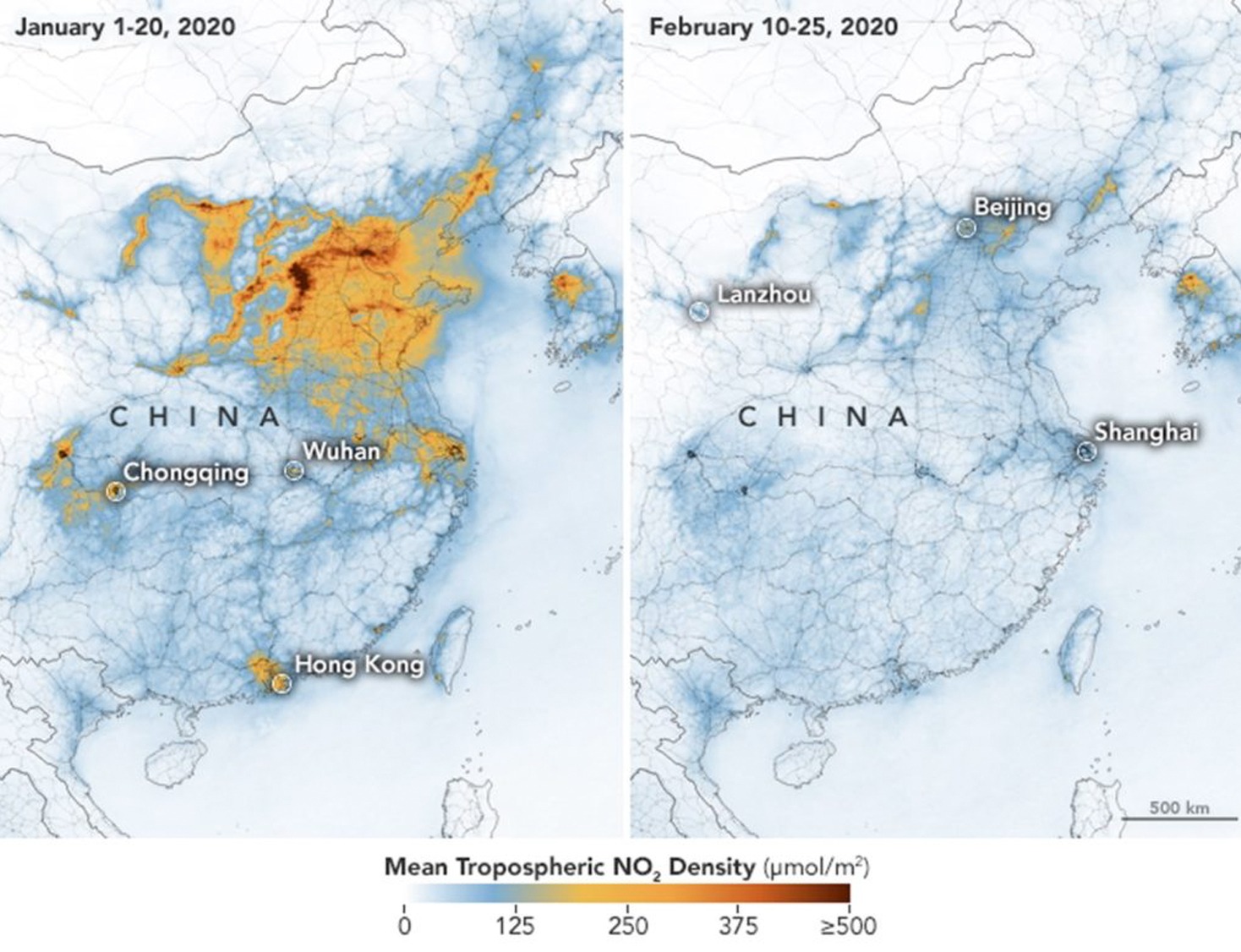 Over in the states, a penguin named Wellington was given a once-in-a-lifetime chance to wander around his empty Chicago aquarium home. All because the doors were closed to all human visitors.

This video was shared by the Shedd Aquarium on Sunday, and quickly went viral, warming the hearts of many penguin-adjacent Twitter-perusers.

Penguins in the Amazon?! 🐧🌴

Some of the penguins went on a field trip to meet other animals at Shedd. Wellington seemed most interested in the fishes in Amazon Rising! The black-barred silver dollars also seemed interested in their unusual visitor. pic.twitter.com/KgYWsp5VQD

According to National Geographic, rockhopper penguins live ‘among the craggy windswept shorelines of the islands of north of Antarctica, from Chile to New Zealand’ – so you can imagine his surprise when he came across the Amazonian fish exhibit.

When the humans are away…

It’s reported that two mischievous elephants got properly pissed after breaking free from their herd and raiding a Chinese village last week.

It’s thought that the pair drank 30 litres of corn wine, getting well and truly sloshed in the process.

They were later pictured collapsed in a tea garden after their extraordinary sesh.

Xishuangbana, Yunnan, China. 11 March, a herd of 14 elephants went to village. Looking for corn and other foodstuffs. Apparently, They also polished 30 KG of corn whisky!
Two of the males got completely drunk, and made themselves a pair of cutest internet sensation in China. pic.twitter.com/bflXHa8sST

It seems that this drunken tale was just too good to be true. Quite literally, as pointed out by National Geographic. It was nice whilst it lasted!

That’s all for now folks – stay safe out there!