March marks Women’s History Month and International Women’s Day, and the ilk gals couldn’t resist the chance to shine a light on some of our favourite empowering ladies. We asked them for some of their top inspiring women, and they gave us some right belters.

Buckle up, there’s some serious girl power coming your way.

The soundtrack to our childhood turned inspirational leading lady.

Britney Spears’ career has been played out in front of the cameras, from childhood star to a world-renowned singer, songwriter, dancer and actress, all whilst battling the perils that come with being in the spotlight.

Britney has been a pro at clapping back against misogynistic (and quite frankly outdated) opinions when questioned on her influence on young girls and women. She was stalked during a very public breakdown that only now, 14 years later, is recognised as unethical. And just in case you haven’t heard, she’s also fighting a conservatorship to have greater control over her own life (don’t even get us started on this one…) all whilst releasing unifying banger after banger and being a working mum.

Queen? We think so. 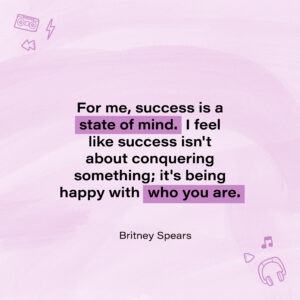 It’s hard not to feel immense pressure when writing about Morgan Harper Nichols.

She is quite possibly one of the most beautiful writers on the planet. We might be biased. We might also have our Instagram notifications turned on so we can see her new poems as soon as they’re released. But for any poetry enthusiasts, or even those looking for some uplifting words, MHN is the one for you.

Her way with words and artistic flair is incomparable, and her work has been a huge source of comfort for many over the last year as we faced such uncertainties about the future.

Oh and did we mention she’s a singer too? Seriously, go and check out her Instagram for some hits-you-right-in-the-feels content. 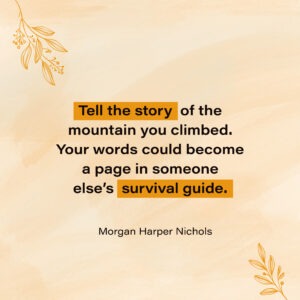 Singer, songwriter, dancer and actress, FKA Twigs has received critical acclaim for her artistry since her debut album release back in 2014.

She recently opened up about the abuse she suffered at the hands of her ex-boyfriend and was hailed for shutting down journalist Gayle King’s insensitive and inconsequential question asking why she didn’t leave the relationship.

“We just have to stop asking that question.” Twigs said, “I’m not going to answer that question because the question should really be to the abuser ‘why are you holding someone hostage with abuse?’”

Twigs has secured awards from the MOBOs, NME, MTV, and the Music Producers Guild, to name a few, and has continued to blur musical boundaries with her genre-bending style that has not only shown off her own incredible talent, but has also paved the way for more women in the industry to be unapologetically authentic. 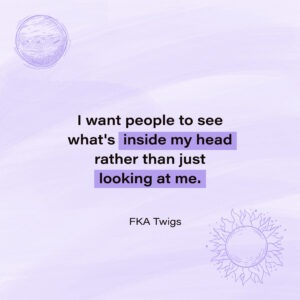 She explained herself best when she said “They told me to change my clothes. I changed the law instead.” Need we say more? Not really, but we aren’t skipping out on this chance to big her up.

Gina Martin is the legendary political activist and author who made upskirting a criminal offence in England and Wales. After experiencing upskirting herself, Gina launched an anti-upskirting campaign on Facebook that recieved over 100,000 signatures and was eventually backed by The Ministry of Justice, making Voyeurism an official criminal act as of April 2019. And she hasn’t stopped there.

Alongside making women in England and Wales feel marginally safer, Gina has written a book called Be the Change: A Toolkit for the Activist in You, become an ambassador for UN Women, launched a podcast and even took on another campaign to support model Nyome Nicholas-Williams against Instagram’s nudity policy. There are loads more leading ladies that we could have mentioned in this line-up, but we think these four set a pretty stellar example to women everywhere that there are no limitations to what we’re capable of.