If there’s one thing I’ve learnt from working in Public Relations, it’s that communication is key; whether we’re speaking with clients, liaising with journalists, or conveying messages through social media campaigns.

In today’s society, thanks to advancements in technology, we now live in a constant state of communication, not just for work purposes, but with our family and friends too. We flick from our laptops to phones, and back again, in a never-ending cycle of work, play, work, play and work again. Lines have become blurred between on and off, work and play, sleep and consciousness, as we repeatedly moan about the lack of hours in the day, hold conversations about how fast this year has gone (“can you believe it’s already March?!”) and bumble through life in a perpetual state of tiredness.

I recently came across an article in an edition of CIPR’s Influence magazine, which explored how the elite are now ‘switching off’ from technology, and it mentioned the ‘24/7’ exhibition at Somerset House, London. I was instantly sold. What better way to cash in my Inspiration Day than to dive into an exhibition about society’s always-on culture, in our always-on capital city.

Exploring the non-stop nature of modern life through a multi-sensory journey, the exhibition offers an Instagram-like endless scroll of works by over 50 artists, who each have captured their own interpretations of capitalism, automation, distraction and surveillance, designed to provoke thought, and entertain. And that is exactly what I experienced on my journey through ‘24/7’.

Working Around the Clock

One theme addressed in the exhibition is our non-stop work culture, cultivated by the progression in technology. We as a society find it increasingly difficult to switch off, as a clear work-life balance becomes blurred, whilst the pixels across our screens become more defined.

But this isn’t new. In fact, our 24/7 society began during the Industrial Age. Exploring the exhibition, I came across a painting by Joseph Wright, painted in 1782, which depicts an eerie night time scene. In the background you can see Richard Arkwright’s cotton mill in Derbyshire, filled with non-stop machines and staff who worked 12-hour shifts straight through the night, only to begin again at 5am.

Today, we find ourselves in a similar situation, yet instead of clocking into work, we remain online, active, unable to log off and withdraw ourselves from the desire to check social media. 11pm emails elicit 5am replies. Demand is high, and communication is constant. 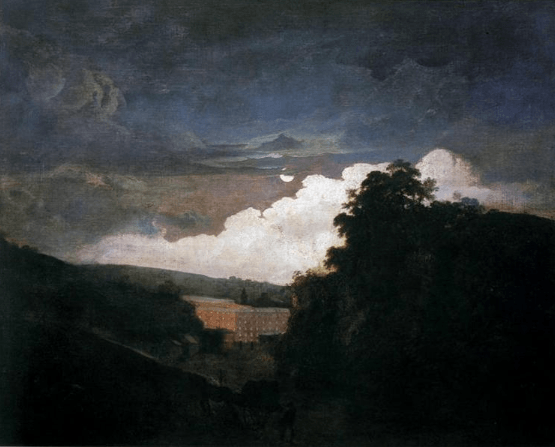 Time vs. The Device

Did you know that the term ‘device’ is derived from the Latin ‘divisus’ which refers to that which has been divided? It creates a divide – between human connection and the digital universe, and between the physical community and the social bubbles that we confine ourselves to.

Always at arms reach, the smart phone serves as an extension of one’s self, a distraction that we constantly seek, a portal into a different reality.

Developments in technology allow devices to become unlocked through fingerprints and facial recognition. As our bodies become more connected to the product, we retreat into our own bubble of social labour. Separated in person, we hold a more meaningful connection with our Wi-Fi.

One artist, Esmeralda Kosmatopoulos, explores the fact that we have accommodated ourselves to our devices, as our devices need us as much as we need them. The touch of our fingerprints completing their circuits, as we become an extension of the machine. In her sculptural installation, titled ‘Fifteen Pairs of Mouths’, Kosmatopoulos investigates the relationship between human body and technological devices, and explores the new role of the hand as a vehicle for communication in the post-Internet age. Screaming onto our television screens back in 2000, the launch of Big Brother marked the moment when surveillance became entertainment. The nation was gripped by a dozen strangers being watched over and directed by an all-seeing authority.

In an ironic twist similar to the Big Brother house, where the home, social life and workplace became one never-ending state, the exhibition suggested that our lives are now a reflection of this; and I see real truth in that. Yet instead of confiding our thoughts and feelings to The Diary Room, we now use social media as our outlet, craving numerical value in the form of likes, comments and engagement to deem our worth. 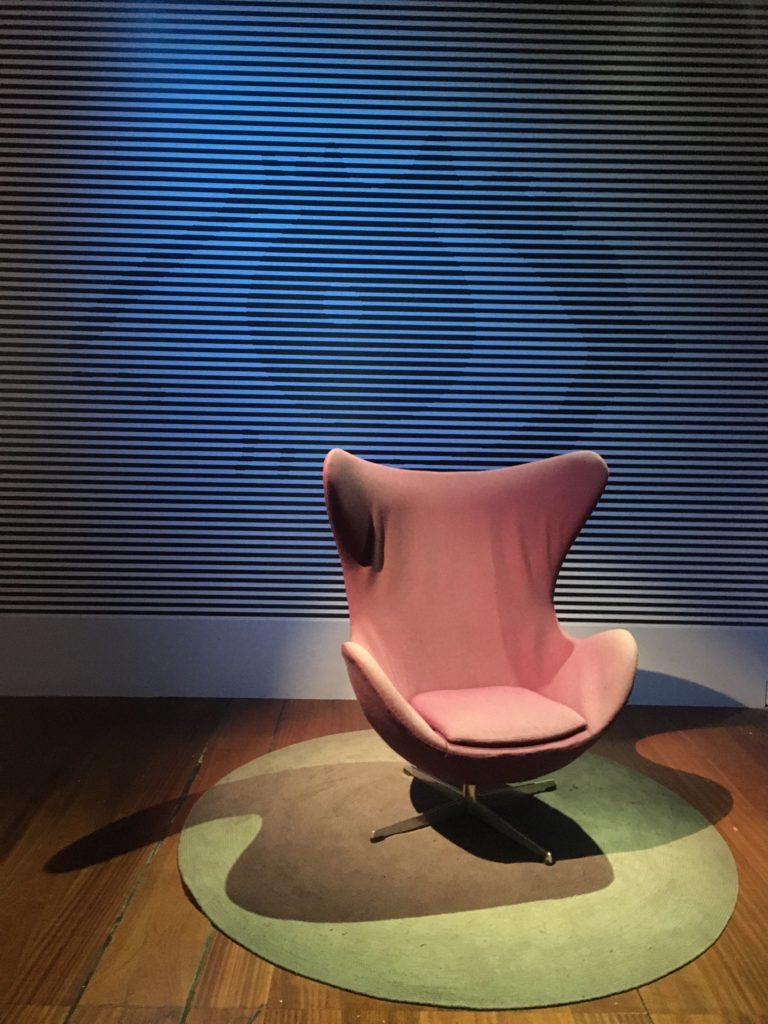 The Privilege of Wasting Time

Another theme that was addressed was the privilege of taking the time to do sweet F.A, which, surprisingly, doesn’t happen as often you think.

In this non-stop culture of work and play, the ability to do nothing is now a rarity. Our every moment is monitored and translated into numbers; Instagram likes, step counts, retweets and now we even have apps to monitor our sleep, ironically. We check on our performance the same way that Wall Street checks on stocks. To do nothing is considered expensive, as it offers no return on investment in today’s non-stop culture.

The unmistakable irony of artists expressing our need to ‘turn off’ through digital works is not lost in the exhibition, with each glimmering, eye-catching work as distracting as the next, further fuelling proof of our short attention spans in the existing attention-starved culture that we’ve created for ourselves.

Can You Capitalise on Sleep?

As one of the final aspects of our daily lives to not be packaged up and sold back to us as a commodity, sleep cannot be solved with a quick fix – technology cannot simulate it, and apps cannot recreate it. So just like the devices that we so heavily rely on, we too need to recharge our batteries and surrender our consciousness to sleep.

As a result of our 24/7 culture, our sleep patterns are interrupted. The harsh light from our devices damages our eyes and disrupts our sleep patterns. Our lives have become a reflection of the non-stop digital atmosphere, and as result of this, our sleep levels are also decreasing, as we experience constant interruption, distraction and stimulation.

Swiss artist, Roman Signer has created a visual stimulation of how we sleep beneath the non-stop whirring of technology, which sinisterly hangs over us, never stopping, causing a constant disruption. Signer’s video depicts the artist lying in bed as a model helicopter circles noisily above. 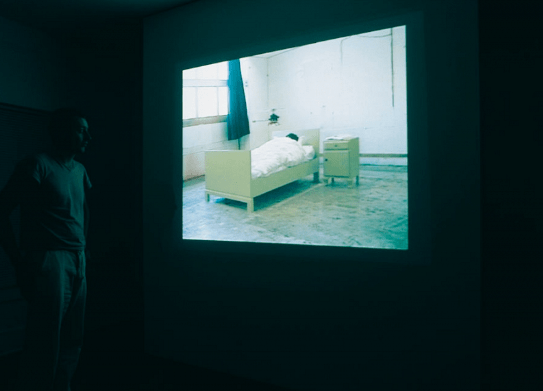 Similarly, Alan Warburton’s artwork, entitled ‘Sprites I-IV’, showcases the illusion of movement, picturing four versions of himself trying to get some sleep at his desk in Beijing. This isn’t uncommon in China, when lunchtimes would often see workers nap on pillows, before beginning work again, and repeating the cycle. 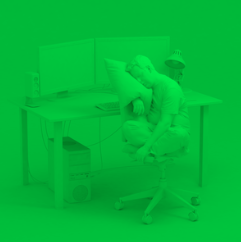 Sleep is the one commodity that is solely and purely yours. For now. No technology can take away from getting in your fluffy pjs, laying your head on the pillow and getting some rest. Yet.

All work and no play makes Jack a dull boy. So we built our world around both, with sleep just acting as something that we fit in whenever we have the time. Nothing compares to the ritual of giving ourselves to unconscious nothingness, as we abandon our minds to recharge and refuel…yet.

One artist, Alexandra Daisy Ginsberg, presented an immersive orchestration which aimed to unite listeners around the world. Her piece, located at the end of the exhibition, encouraged viewers to hum the chorus of Leonard Cohen’s Hallelujah. Then to step back into reality. Or as Crary writes: ‘into an illuminated world without shadows’ 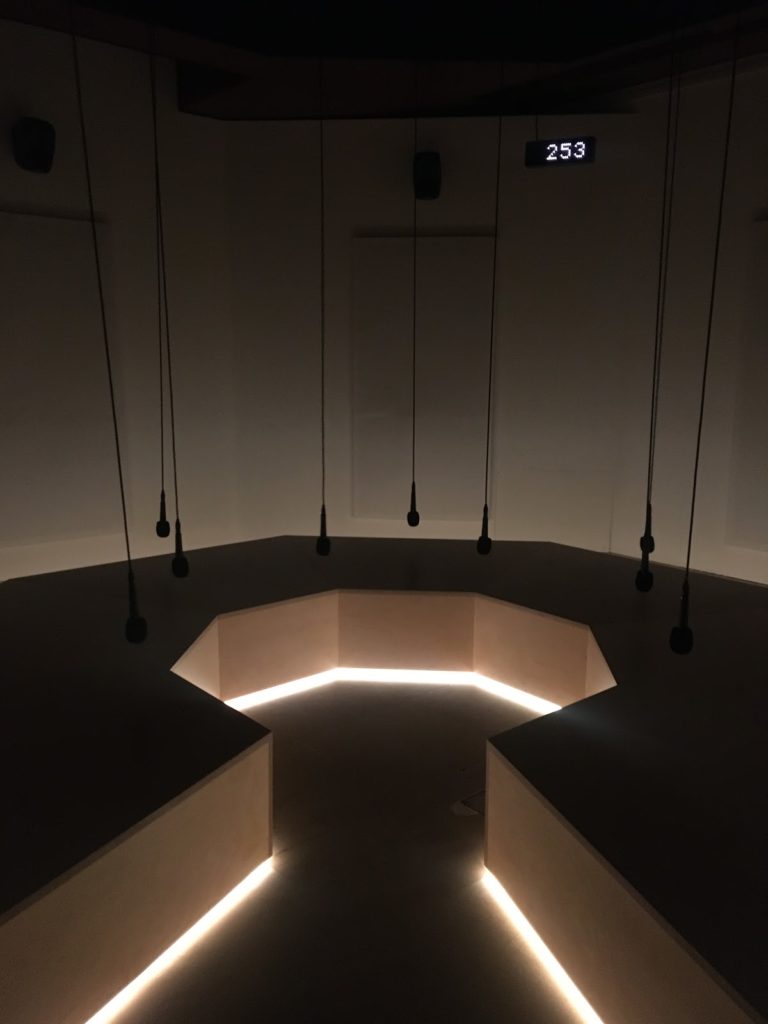 So what have I learnt? Art has a responsibility to incite change. It may not be able to change the world, but it can change the mindset of people like me. And it is through this function that art is able to provoke thought and feeling. That’s exactly what I experienced on my journey through 24/7. 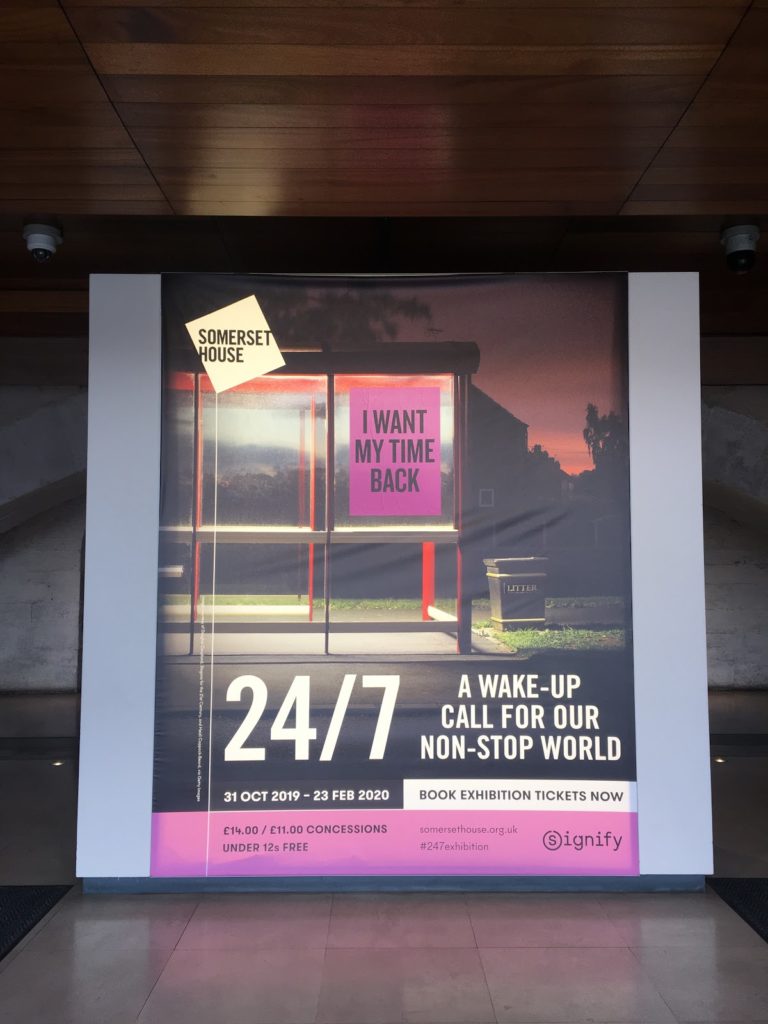