We would think of a witty intro to go here but it’s payday, it’s Friday, and it’s almost beer o’clock.

A patient played the violin during her brain surgery on Thursday.

Surgeons at King’s College Hospital in London removed a tumour from 53-year-old Dagmar Turner’s brain, whilst she practiced scales and played improvised tunes on her violin.

The reason behind it (not just to show off, but hell, she’s better than all of us) was because the tumour was located in the right frontal lobe of her brain, close to an area that controls the intricate movements of her left hand, and the committed violinist was worried that she’d lose the ability to play the violin forever.

And if you don’t believe us, check it out for yourself – the surgery was live-streamed:

We wonder if she was taking requests?

The Eighth Wonder of the World

Moving onto something much more impressive now.

Have you ever visited a new place that has left you utterly speechless? So awestruck and inspired that you’ve just had to leave a TripAdvisor review to let others know about your magical experience?

Well this week, a mysterious new landmark in the UK has caused a flurry of online reviews on TripAdvisor.

But what was this “majestic wonder” that one tourist said they “could easily compare to the majestic wonder of Stonehenge or even the Pyramids”?

A lost city? A hidden lagoon? A portal to an undiscovered parallel universe?

It was of course… 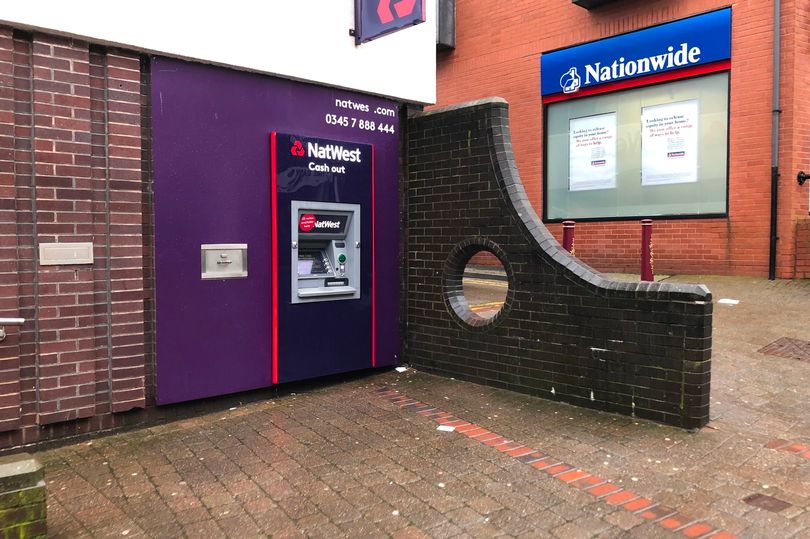 The new tourist spot gained so many shining reviews this week that it reached the top five attractions in Derbyshire (and what an accolade that is) until TripAdvisor stopped the fun and games, freezing all further contributions because they ‘do not describe a first-hand experience.’

And if that didn’t rain on our parade, it turns out the mysterious hole does actually serve a purpose. It allows ATM users to check if anyone is lurking whilst they pop their pin into the machine.

Just don’t tell those whimsical admirers or they’ll be kicking down your door in their genie pants and telling you that you just haven’t seen enough of the world, man.

It’s been rough for the social team behind Yorkshire Tea, this week.

Known for their friendly tone of voice and soothing content (it’s Yorkshire Tea after all) the household brand stayed true to its values by asking social media users to ‘try to be kind’ when it got stuck in the middle of a Twitter storm over the weekend.

Trolls took to Twitter when Richmond MP, Rishi Sunak tweeted a picture on Friday captioned “making tea for the team,” next to a big bag of Yorkshire Tea.

Customers hurled abuse left, right and centre at the tea brand, with many threatening to boycott their favourite tea bags because of the alledged ‘brand partnership.’ (Yorkshire Tea stated clearly that it was not).

But Yorkshire Tea made every social media manager unite in solidarity on Monday by taking a step back and reminding everyone that behind every brand is a person too:

Speaking directly now, as the person who’s been answering these tweets, I know it could have been much worse. It’s easier to be on the receiving end of this as a brand than as an individual. There’s more emotional distance and I’ve had a team to support me when it got a bit much.

And that’s the tea.

Yoga is not for everyone.

It requires a lot of patience, calm and the ability to find that ‘inner peace.’

Over in Nottingham, White Post Farm is setting a trend by opening up the world’s first (we think) Goat Yoga.

Best birthday ever . We all prayed that the goat’s blessings would happen on Michael’s mat and they did. Thank you #laughingfrogyoga and #hellocrittercare for such a fun day and also to Billy and Burlap, for knowing instinctively where to friendly fire ❤️❤️❤️

We’re not exactly sure what the aim of this is, as we can’t imagine taking a vinyasa straight into a pile of goat droppings is very relaxing. But they sure are cute.

Known for his silly antics and going the extra mile to get what he wants, Joe Lycett is back at it again with his latest Instagram.

The king of customer complaints has apparently had enough of boohoo’s poor returns policy. So much so that he’s taken things into his own hands and launched his very own clothing brand, poohoo (we see what he did there).

And what’s a fast-fashion brand without a promo video featuring sexy models, a thumping beat and some seriously seductive closeups?

Do @boohoo check their returns properly? We’ve found loads of supposedly new clothes being delivered with gross stains in them. So today I’m launching my own brand: poohoo #choosepoohoo #poohoo #boohoo 💩

He’s pretty spot on, to be fair to him.